On 6 October 2013 I submitted my score card and photographs to the organisers of the Round Britain Rally. Each landmark is allocated a number of points based on location, how difficult it is to find and how close it is to other landmarks. In 2013 there were 88 landmarks throughout Britain offering a total of and 2100 points. Awards were given based on the number of points gained:

I had 665 points which equated to a Bronze Award. I scanned my score card into my computer, uploaded my photos and emailed the whole lot to the organiser. A short time later I got an email back saying I’d got one of the landmarks wrong and that my total had therefore been reduced to 640 points. Apparently, I’d got the Manner’s Stone in Skye wrong. Whatever I’d photographed, it wasn’t the Manner’s Stone. Fortunately, I still had enough points to get a Bronze.

A couple of months later, the Final Results and the Rally Newsletter came through. I’d come 92nd out of a total of 157 entrants. I had been one of just 38 contenders that had made it all the way to the Kyles of Tongue Crossing Cairn, but then again, I hadn’t done any of the English or Welsh landmarks. Nevertheless, it was still a great achievement and as I had never won anything before I decided to make the trip to Lichfield in February 2014 to collect my award in person at the official Presentation Dinner.

Although it wasn’t actually freezing, it was still far too cold to ride my motorbike down to central England so I hired a van – it was cheaper than a car.

Arriving in Lichfield I checked into the hotel and soon discovered I’d been allocated the “Bridal Suite”, a huge room with a king sized bed and a Jacuzzi bath. Surely this wasn’t all for me? It occurred to me that if I managed to snag myself a man, all sorts of fun could be had in that room. 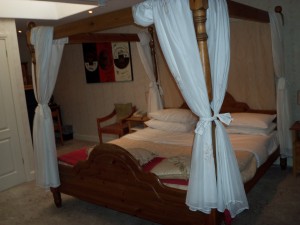 With a few hours to spare I took myself off to see what Lichfield had to offer. The cathedral was just a few hundred yards from the hotel and beyond that was the town centre filled with a mixture of red brick Georgian villas and ancient Tudor houses. A small lake flanked by formal gardens bisected the village. It was a bustling town, full of locals and tourist alike flitting in and out of shops and the outdoor market. 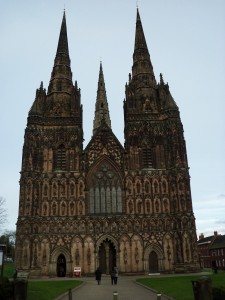 Content that I had seen its main attractions, I returned to my suite to relax in the Jacuzzi – well, I mean, you can’t have a room with a Jacuzzi bath in it and not use it, that would just be ungrateful.

I arrived in the bar at the appointed time, 6 pm, and started chatting to an older couple who had done the rally several times. In fact, it seemed quite a lot of people did it every year. At 7 pm we made our way in for dinner. I was on a table of six people who all seemed to be about the same age as me and were very friendly.

Half way through I got called up and handed my trophy. I was delighted and bounded up just managing to resist the temptation of throwing my arms in the air and doing a victory lap of the function suite. 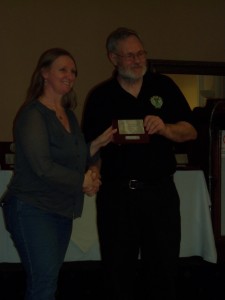 It was a great trophy – a heavy wooden frame on which an aluminium plaque embossed with the words “Round Britain Rally 2013” and the rally logos on either side was set, with my details engraved on a smaller plaque below. Coming in 92nd out of 157 might not sound like much, but I was thrilled. 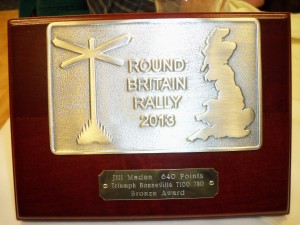 Pity I didn’t manage to find someone to share that fabulous Bridal Suite with though. That would definitely have been the icing on the cake!